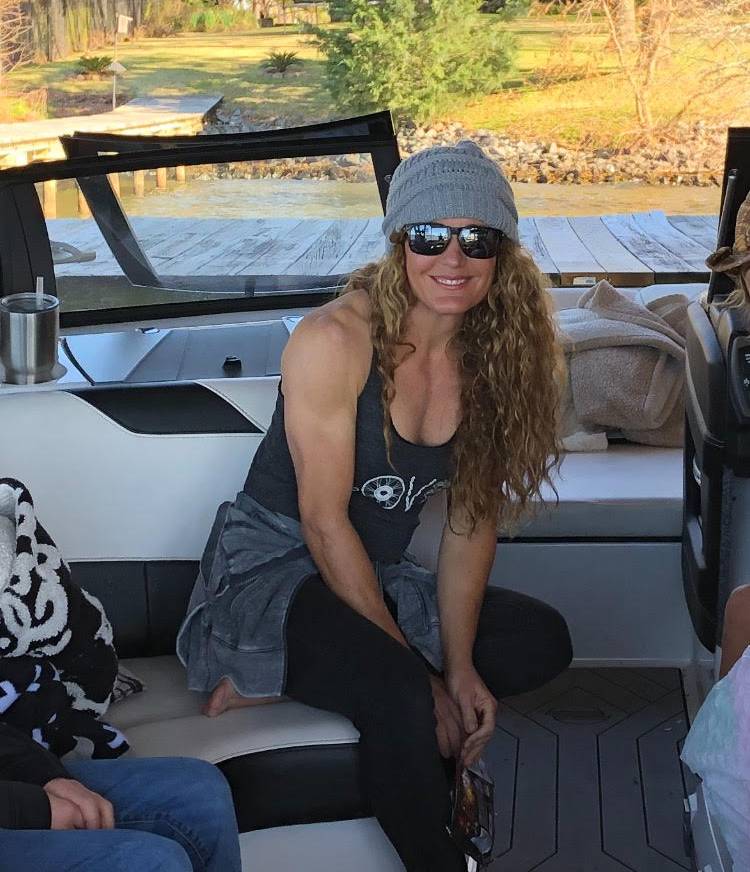 A lot of you  know SkiDawg, aka Ward Mclain. Or his Uber-Athlete kids, Logan and Landrie.  But fewer know how deep the competitive DNA runs in the Mclain family. Ward’s wife Kim is an OG baller herself.  She used to get out and hold her own on a waterski when they lived at Olde Oaks in Shreveport. But her real forte is mountain bike racing. I recall her showing up at a waterski tournament to ski looking like she’d been in a brawl with a mountain lion.  Only to find out she’d come straight from winning a mountain bike race to ski in a tournament.

Unfortunately, Kim did take a hard spill on her mountain bike on Monday April 26th, which had her being airlifted to a Level 1 Trauma center.  She was left with a fractured left hip, the head of her right hip was pushed through the hip socket, a pelvic fracture, 2 sacrum fractures(I had to google that ouch!), and fractures in her L4 and L5 vertebrates.  One monstrous 10 hour surgery later, humpty dumpty is put back together with bailing wire and duct tape, and back home on the mend.  According to Ward she is looking at 8+ weeks non weight bearing on both legs. And faced with who knows how many months of physical therapy.

Even worse than the trauma from the injuries to Kim and watching her go through this for the rest of their family, Kim and Ward’s insurance wasn’t set to start for 2 more weeks. So now they are faced with the financial perils of not just a lost income for a significant part of the year, but also the mounting hospital bills as they arrive.

Ward and Kim have given so much to all of us, as well as  to multiple sports.  Friendship, first of all. Not to mention places to stay when we’ve been in town and mental support during races and tournaments.  If you can afford to give to help out a great family in a time of need, please do so.