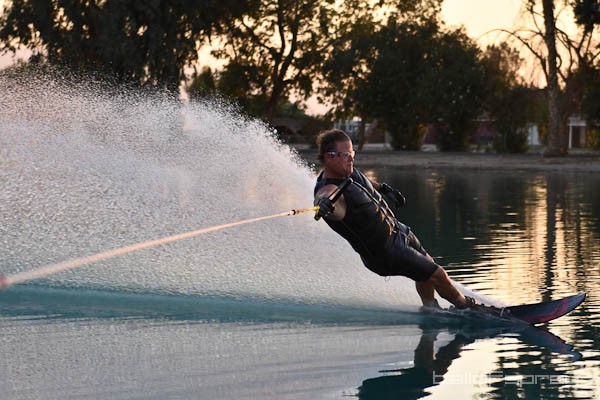 The KD brand has returned to the US market with a completely new KD Platinum. The ski’s design is heavily influenced by Terry Winter. Perhaps the best endorsement of the ski is the fact that Terry ran into 41 off during 31 consecutive* tournament rounds and increased his tournament personal best to 3.5 at 41off this year all on the Platinum.

General Feel
If you had to describe the Platinum with just one word it would be “consistent”. This may not sound like a sexy description of a ski, but in a world where many high end skis are twitchy and quirky, consistency is a good thing. In many ways, the Platinum is a throwback to classic designs that are less finicky and more dependable.

If speed is a measure of A) how much physical effort is required to run passes or B) how easily the ski gets wide at the ball, in both measures the Platinum is faster than most. 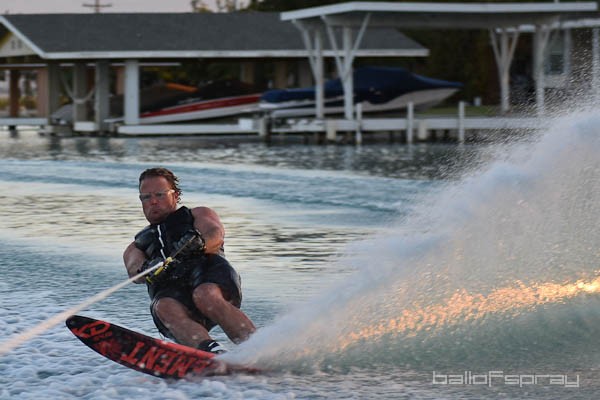 Off Side
The Off Side on this ski is simply bulletproof. You almost can’t screw it up. The front of the ski pulls to the inside more than the tail slides around. The stability of the ski makes it easy to be in the right position, and even if you are not, the ski will snap off a sharp turn anyway. Because the tail of the ski rides deep, it is almost impossible to blow the tail. The turns themselves are decisive and fast.

On Side
With the settings used for most of this review (29 1/8 - 2.465 - 6.890 - .779 - 9), the Platinum requires more front foot pressure than most high end skis to make on side turns as consistent and crisp as the Off Side turns. By focusing on a few key technical points, I was able to make the ski turn as well on the on side as the off side. If I am skiing at my technical best, these settings are preferred.

At the end of the review period Terry Winter suggested shallower and longer settings (29 1/8 - 6.950 - 2.450 - .79 ). These settings alleviated the need for extra front foot pressure and made the on side turns much less technically demanding.

Ball to the wakes
Leaving the ball, the ski goes where you point it and errors at the ball are easily compensated for. It holds more than enough angle and speed into the wakes. One of the keys on this ski is to not be overly aggressive into the wakes.
Wakes to the ball

The Platinum flows out wide and draws an early path in front of the ball. The ski carries much of its speed out to the ball line making width somewhat automatic. 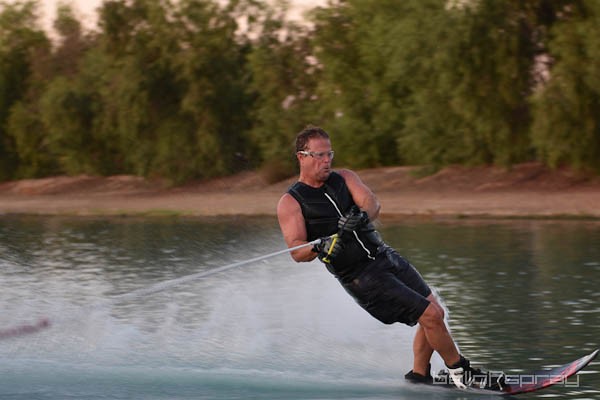 Quirks
One of the unexpected attributes of the ski for me was more consistent and more forgiving gates. The hardest part of the whole ski testing process is adjusting for the gate on each different ski. The gate on the Platinum basically just worked from the first ride.

At 180 pounds, I prefer the 66” version of the ski. I suggest that skiers consider sizing down on the Platinum.

Conclusion
The appeal of this ski is high performance without overly technical or finicky requirements.

*This string of consecutive 39s ended in a head to head format where Terry did not need to run the pass to move on.