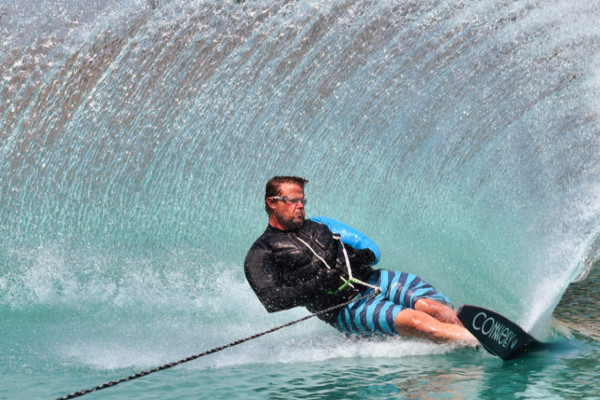 The Connelly GT-R is the only current high-end ski that has been continuously evolved for more than a decade. The GT-R is the direct descendant of the Connelly F1 that was Jamie Beauchesne’s masterpiece more than 15 years ago. Since then the design has been gradually improved with multiple materials upgrades as well as tweaks to the tunnel and sidewall profile. Through it all the ski maintains the original DNA.

In many ways, the GT-R requires less technical skills than other top of the line skis and it is less likely to punish the skier for small mistakes.

Is it a fast ski or a slow ski? That depends on how you set the fin and bindings. My preferred settings for the GT-R resulted in a ski that is not crazy fast but was not a lot of work and consistently cast out wide of the ball. 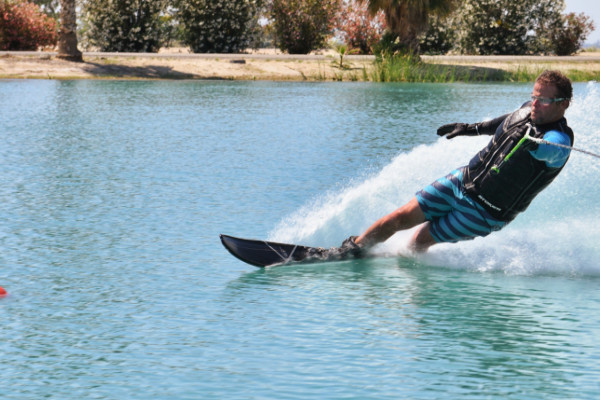 Skiers with understated upper body moments and centered weight distribution will find the Off Side turns to be reliable and stable. The tip of the GT-R pulls to the inside of the radius aggressively without a feeling that tail of the ski is sliding. It is more of a carving than a sliding turn. The result is a very secure turn ending with lots of angle.

If the skier is centered on the ski from the wakes to the ball On Side turns are absolutely dependable. The ski flows out and then carves a tight turn at the ball.

If the skier lets their weight distribution move back or attempts to force the On Side turn by pushing on the tail the ski is likely to carve a slow turn. When this happens the GT-R will not turn sharp but it will maintain enough water speed to allow the skier to recover from his / her error. 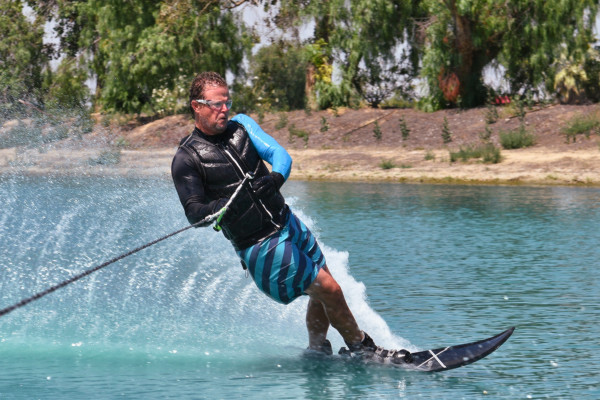 From the ball to the wakes the skier’s weight distribution is again critical. With an adequate stacked position, the skier will achieve ample speed with minimal effort.

The GT-R is loose in terms of roll stability. What this means is that if a skier moves to the inside early or too quickly after edge change they will find themselves leaned in more than expected approaching the ball. Correcting for this does not mean a monumental change in technique but may require a few rides to adjust. (Just keep your shoulders level and chin up). 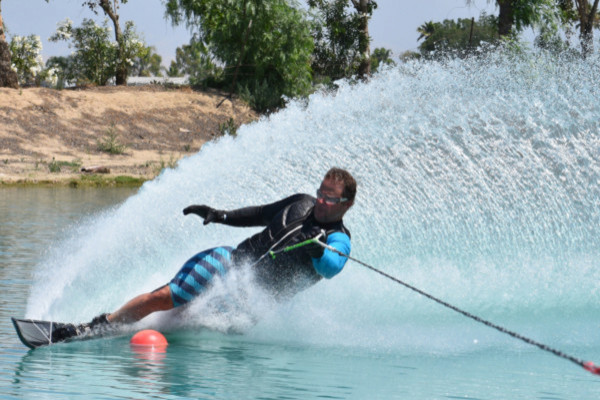 During the review, I did not do extensive experimentation with settings because the settings Martin Bartalsky provided worked so well. The GT-R can be set up a number of ways but settings on this ski can be finicky.

Stealth Glove by Ryan Dodd - Round 2