Skiing for the people we've lost 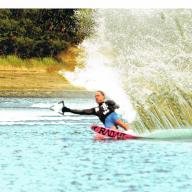