Ideas for new Ski League, as part of AWSA, what would you want to see, would you support it? 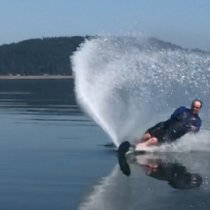