Why is slalom the most popular form of skiing? 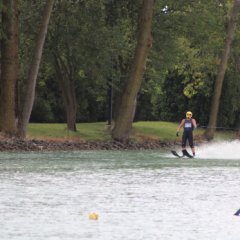