Magic Numbers for Nano One 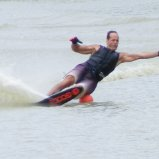