Any Waterski related scandals other than Dr. Jim? 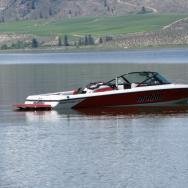