Fogged out and other weird situations that end your day early? 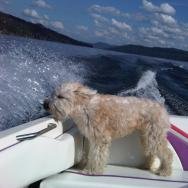