In 1967, Jim McCormick located to Winter Haven, Florida and was quickly establishing himself amongst the community of emerging stars as the leading mind in training techniques, working with several athletes who were in the early stages of Hall of Fame careers.

As his ideas were innovative, Jim attracted those who were keen to achieve new heights. And Jim's ideas had already extended beyond the coaching of the athlete, and would permanently change the face of tournament water skiing--the vision of McCormick Lakes was vivid in his mind, and over the next several years would come to fruition. Jim purchased approximately 72 acres in nearby Seffner, Florida, just outside of Tampa, and began to build his dream. Designing and Carving the lakes himself, Jim labored for two years before completing the magical lakes in 1974, setting the stage for the start of something very special. 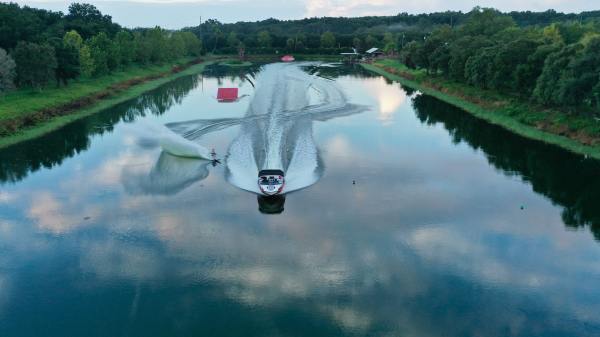 Over the course of the ensuing years, McCormick's became known amongst skiers from around the world to come for the world's best skiing conditions and instruction. Tournament after tournament, record after record, year after year--McCormick Lakes has been home to greatness. All four of Jim's children became National and International water ski champions, and son Michael continues as owner and operator of McCormick's today.

Today, McCormick's includes a world-class Rixen cable facility, the legendary McCormick ski lake, and 34 campsites that have remained and increased in demand. Spectacular and spacious, yet only minutes from the metropolitan area of Tampa, McCormick Lakes offers a unique opportunity like no other. The Tampa Bay area 2021 census of 2.8 million comes in as the fourth largest metropolitan area in the southeastern United States (after Miami, Washington D.C., and Atlanta). Yet, the vast open space of the property has retained the feeling of its once rural roots. 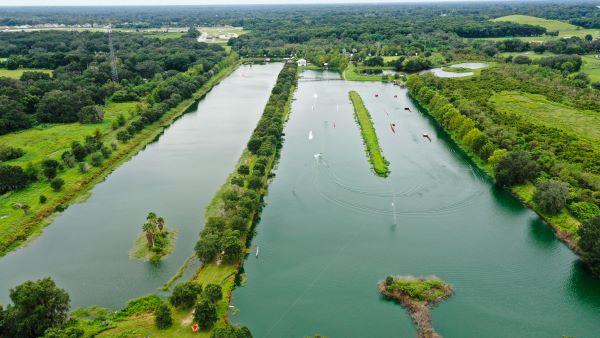 34 serviced campsites that enjoy the acreage of the estate as well as the proximity to the greater Tampa Bay area Open space suitable for future expansion.