The DV8 is the latest iteration of  Connelly’s continuous refinement of Jamie Beauchesne’s classic F1. The DV8 is also the first ski to ever feature interchangeable tails. 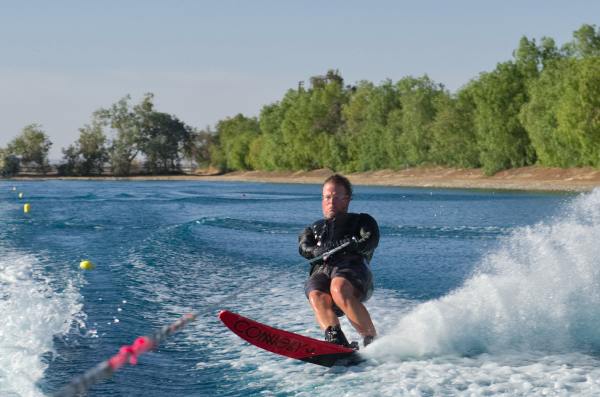 Off Side turns on the DV8 are ridiculously good. The ski is stable enough to allow the skier to stay centered and tall approaching apex. The tip stays down and then at apex, the DV8 carves a fast predictable arc under the rope. The off side turn on the DV8 is my favorite thing about the ski.

On side turns are predictable and dependable. The ski flows out and then carves a tight turn at the ball.

Ski rides for this review happened at the same time as I was working to revamp my technique from the second wake to apex at on side. The ski is forgiving enough at on side to allow me to make any number of mistakes and keep working through the passes. When I executed my new skills correctly, the tip of the DV8 pulled under the rope quickly and sent me toward the wakes with more than enough angle. 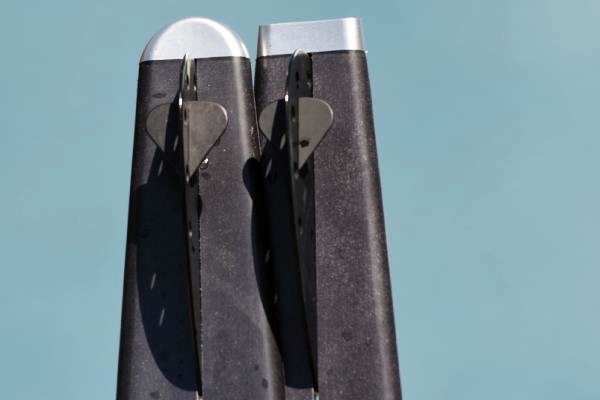 Leaving the second wake skiers, who can keep their feet underneath them and shoulders higher off the water until they are closer to apex will find that the ski will roll out and then back to the inside quickly. This results in fast turns with a tight line.

Skiers who move to the inside early off the second wake may find they need to temper this move to keep from rolling out too much too early.

The DV8 puts the skier in more lean angle with less effort than other skis. Skiers who can moderate their intensity or who need more aggression to the wakes will love it. Skiers who tend to lean harder than necessary may find they get more lean and load than they require.

The DV8 comes with round, medium, and square tails. To simplify this review, I mostly rode the square and round. The medium is roughly halfway between the two.

At the beginning of the review, I very much preferred the square tail because it keeps the tail of the ski higher in the water. This tail makes it easier for the skier to stay forward on the ski before and after apex, allows for more tail slide before the ball and makes the ski faster.

By the end of the review, I found that the round was better for me. The round tail resulted in a smoother finish of the turn on both sides and more stability off the second wake.

How can that be? How can one tail be better one day and the other tail be better a few weeks later? As with fin settings when a skiers skills change so do the ideal settings. 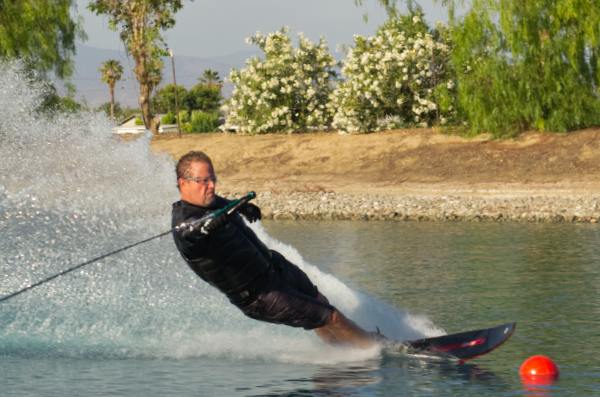 The interchangeable tails add a new dimension to ski set up and I think we are just beginning to understand it. I wonder if future skiers will change tails for water temperature or other conditions. I commend the team at Connelly for bringing this innovation to the market.