Herb’s Cup is like no other slalom event in the world, and for good reason. This tournament is our representation of the creativity and innovative spirit of Herb O’Brien, the founder of Radar Skis and the godfather of modern-day waterskiing. With an emphasis on family, and fun we flipped the traditional rules of competitive waterskiing on its head and invited a handful of the most progressive skiers on the planet to compete for the honor of hoisting the Herb’s Cup high.

-       K.C. Wilson. K.C. has done it all, World Champ, National Champ, a decorated pro career and regarded as the smoothest skier in the business.

-       Joel Poland. The most buzz-worthy skier in the game. World Record Holder, World Champion, Poland works the hardest while having the most fun doing it.

-       Jamie Calhoun. The New Kid. Jamie is a disciple of Jason McClintock and skis with similar power and precision. Rife with potential, Jamie holds the keys to the future of shortline slalom skiing.

-       Corey Vaughn. Peace-Love Corey is on the short list of people to have ever run 41 Off. The defending Herb’s Cup Champion is also one of the most sought-after coaches in the world. 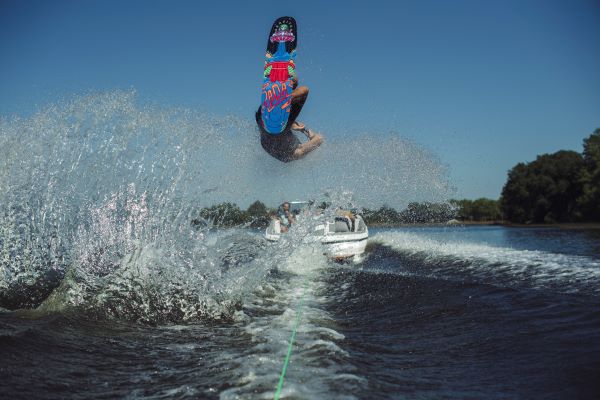 Joel Poland has invaded this industry like an alien from a planet where waterskiing is the life source keeping its population going.

He’s the most talented kid we’ve ever seen ride a waterski, his determination to be the best is unwavering but the coolest thing about Joel is his weirdness. Weirdness in the weirdest, wildest, best possible sense of the term. He never stops dreaming about what’s possible on a ski, he’s invented more new tricks than anyone in the most recent years and due to that we offer the Joel Poland Ltd.Graviton, keep it weird Polish.

It’s the peak of tournament season and the guys talk about the best ways to prepare for a tournament and how to set yourself up for success!

The 80th GOODE Water Ski Nationals are being held Aug. 7-13 at Mystic Lakes in Maize, Kansas. The nation’s top water ski athletes will compete for national titles in slalom, tricks, jumping and overall in respective age divisions and two Open divisions during the seven-day event. To view the live webcast, live scoring and daily recaps, visit www.waterskinationals.com. In this episode we talk to Dawn Goode and Regina Jaquess about Goode’s sponsorship of the nationals, the brand, the way Goode has helped water skiing evolve and how they continue to carry on Dave’s legacy.

Our best selling ski in our highest performance construction, the Senate Pro is a ripper for those looking to get after in the slalom course at 32/34 MPH. The added width of a Senate provides more balance and control at the finish the turn but the PMI and Textreme carbon of our ProBuild construction give you all the angle and speed you could ever want. 2023 Senate Pro is here! 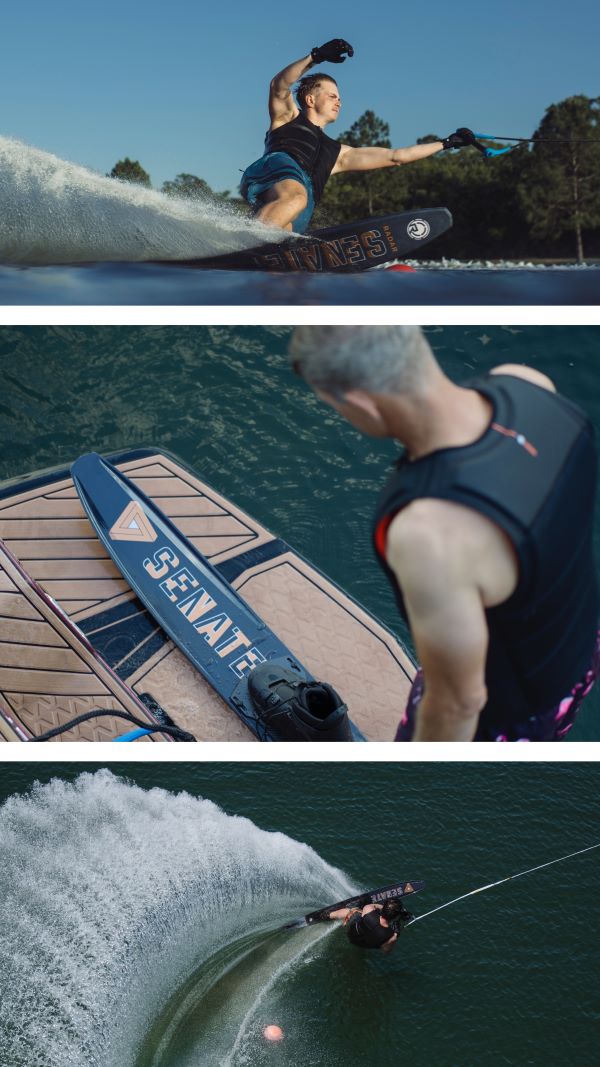 The Duel // Pro Slalom Water Ski Tournament Like No Other