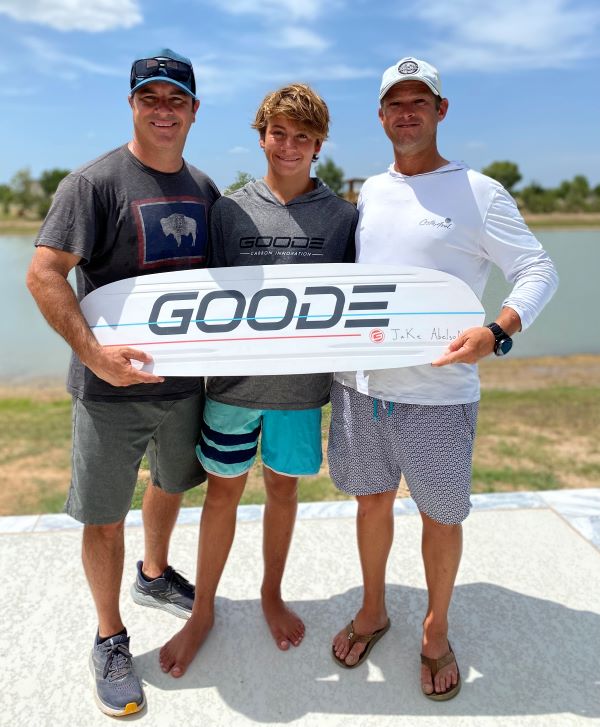 The Goode Avalon’s design is the brainchild of Richard Abelson and multiple time world champion Jimmy Siemers to deliver a ski that would meet the needs of the next generation of upcoming athletes and open the door to new possibilities in trick skiing.

Tested by Goode Athlete and Junior Masters Champion Jake Abelson this ski was designed to not only be a fierce competition machine but to have a playful effortless feel on flips. The pin tip/tail design creates drive and hold while edging, the progressive edge profile gives easy access to the key edging portion of the ski. The long grooves keep tip and tail hold long up the wake to make take offs clean and crisp. This ski was designed to be low drag, high speed and loads of fun.

Getting your ski set up correctly is one of the most imperative things to your success. Listen as the boys hone in on some keys to get your ski ripping right out of the box.

Miles Sand and Gravel Co., is proud to be the Official Webcast Sponsor of the Syndicate Hilltop Pro-Am, https://hilltopproam.com/,  August 20th and  21st  2022.

The tournament will feature  the top Pro men and women skiers from around the world and amateur skiers from the Pacific Northwest and Canada. 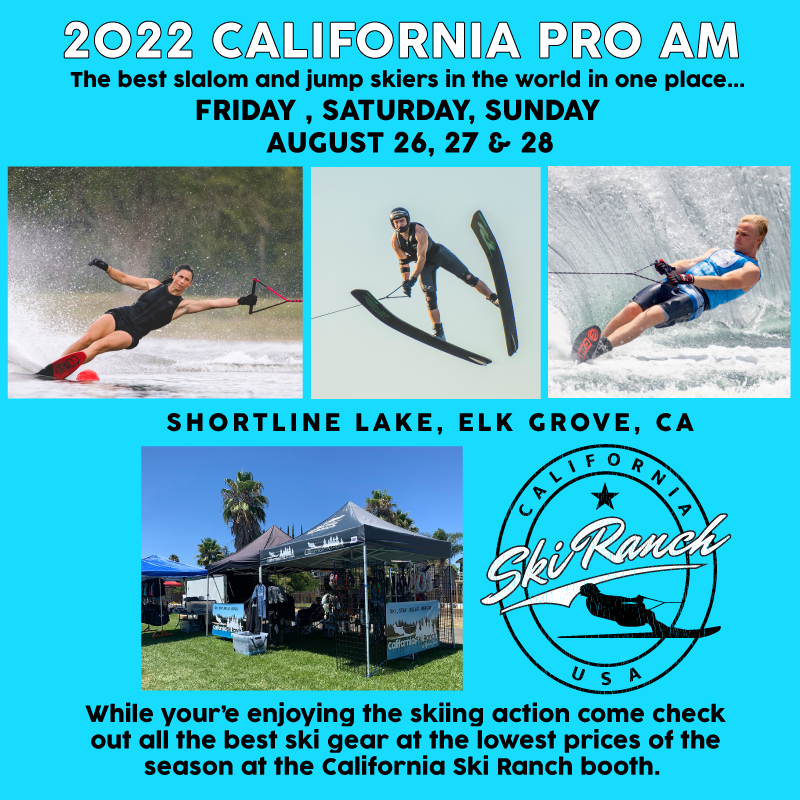 Welcome to the wonderful world of 2023 Radar Skis, we've worked hard to create a collection of goods that encompasses all we do at Radar.

Head to radarskis.com to see what we've cooked up this season! 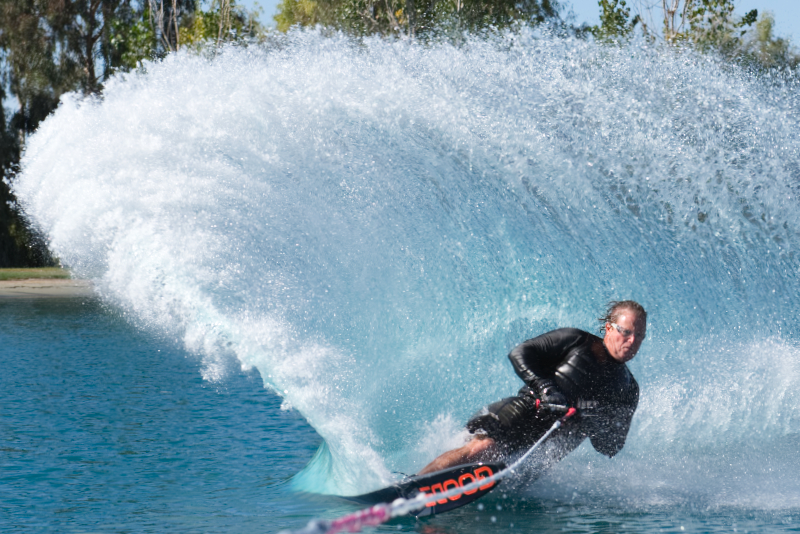 Ten years ago, Goode introduced the Nano 1. That ski has become one of the most influential ski designs in the modern era and a personal favorite of mine. The Nano 1 was eventually refined at Goode to create classic skis such as the XT and XTR. The Goode XTR Team is the latest evolution of Nano 1.

General Feel: Stability and forgiveness are the two attributes that are immediately apparent when riding the XTR Team. As with the very first Nano 1, a skier can get surprisingly far depending on strength and determination. When the skier focuses on the fine mechanics of slalom skiing this ski delivers an additional level of performance.

Turns: On both sides, the finish of the turn is controlled by the amount of front bevel in the water and how aggressively the ski is rolled to the inside. When the front bevel is engaged there is a distinct feeling of the front of the ski being pulled under the line. This is as opposed to the tail of the ski sliding or smearing through the turn.

With any of the settings used for this review, at no time, did the tail of this ski feel loose.

The XTR Team does not shut down noticeably nor does it carry excess speed into apex. This ski seems to provide a happy medium in this regard. The result is that it is easier for the skier to keep a tight line approaching and leaving the ball. 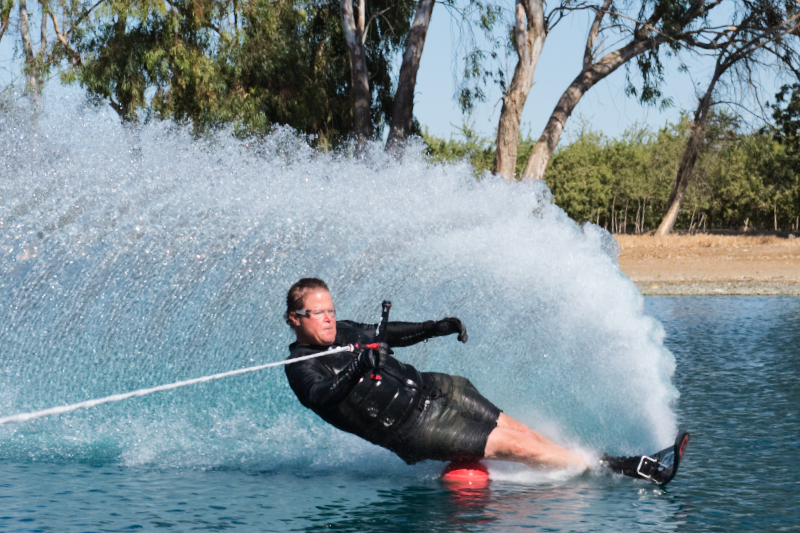 Toe Side (Off Side) Turn: The ski’s stability approaching apex allows the skier to move forward and roll the ski in with confidence. The finish of Off Side turns on the XTR Team are sharp and fast. The ski dependably finishes with substantial angle.

Heel Side (On Side) Turn: This skis tolerance for imperfect skier technique is most evident at the On Side turn. When the skier is at their hardest pass and starts making mistakes this ski still turns when other skis would refuse.

As with Off Side turns, the amount of the inside bevel in the water and roll to the inside dictates the radius and speed of the turn.

From Ball to Second Wake: The XTR Team makes ample speed into the first wake, but it does require more physical effort than some other skis. The same attributes that makes the ski so stable and forgiving approaching the ball makes it not as fast leaving the ball. Some of the previous iterations of the original Nano 1 such as the XTR CC were faster leaving the ball but less friendly at apex. I much prefer the balance of the XTR Team.

From Second Wake to Ball: The above-mentioned stability is most evident from the second wake to the ball. It is noteworthy both in terms of tip-to-tail (pitch) as well as side-to-side (roll) stability. This gives the skier more confidence and the opportunity to control and drive the ski as opposed to reacting to it.

The ski initially moves out and away from the pylon automatically at the edge change and then lets the skier moderate the amount and rate of roll for the rest of the way to apex.

Although the ski is not distinctively fast, width at the ball is not an issue. 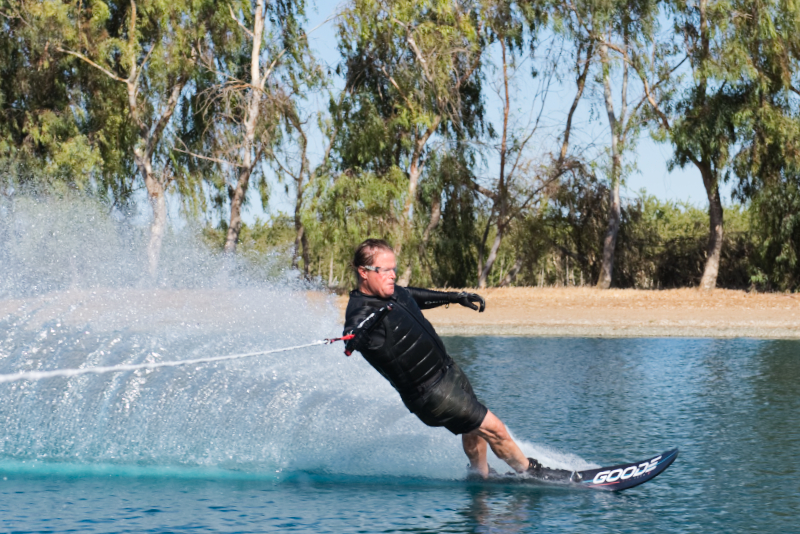 Conclusion: The XTR Team has earned a place among my all-time favorite skis. When I am skiing technically it is absolutely on point and after I make a big mistake at my hardest pass it gives me a chance to recover and keep going. It gets better as the rope gets shorter. I love this ski. Dave would have been enormously proud of the Team.