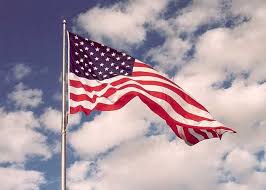 Raffle worth $5000 – In memory of Dylan Robert McNeil

We are the “Rogue Waterski Team” of Southern Oregon and we currently have a waterski club with 10 families.  We have been deeply saddened by the loss of our youngest member, Dylan Robert McNeil.  Dylan became very ill with bacterial meningitis. This type of infection is very aggressive and in Dylan’s case progressed too rapidly for successful medical intervention.  Dylan passed away one day shy of his 2nd birthday.  This was so sudden and completely devastating for the McNeil Family.  They are like family to all of us, and we are all struggling as to why this happened.  Dylan will always be remembered for his BIG smile and infectious giggle.

Read more: Raffle worth $5000 – In memory of Dylan Robert McNeil

Records To Fall At Malibu Pro Ski Stop In Abbotsford

(Abbotsford, BC, Canada) – The World’s top water skiers and jumpers will gather in Abbotsford, British Columbia September 18 – 19, 2009 to lean towards greatness behind a Malibu Response LXi. The Fraser Valley Water Ski Club is offering their man-made lake in Albert Dyck Park as the springboard to World Records. With this unique facility and the right water conditions, anything can happen. Join FVWSC, Pro Slalom Events LLC and Malibu Boats for an excellent couple days of Pro slalom skiing and jumping in the water ski capitol of Canada.

Parrish 1st to run 41 behind ZO, NOW WITH VIDEO!

Dubna,  Russia, July 12, 2009  -  Ryan Dodd of  Olds, Alberta has won  the Jump event at  the International Waterski  Federation’s first World  Cup event of the  season. The 24 year-old  leaped an impressive  67.1 metres in the  finals, which earned  him a tie with  fellow Canadian Jaret  Llewellyn. The pair  were forced to compete  in a sudden death  “jump-off” where Dodd  delivered a solid jump  of 66.4 metres. Unfortunately,  Llewellyn was unable  to complete his jump  as he hit the ramp  too fast and crashed  into the water. He  was not seriously injured.