We would like to give a huge public thank you to all the pro skiers who donated their time and expertise to this event, along with Matt Rini, Kris LaPoint, Steve Schnitzer and Todd Ristorcelli. Thanks also to Jim Powers, Correct Craft Florida’s promo Manager, who bought along his Ski Nautique 200 and also personally, supplied the fuel. Jodi Fisher did a great job as commentator and making all of the announcements on the PA system, which was loaned to us by Hank Longo.

Our thanks go to all of our sponsors, who donated raffle prizes and silent auction items, and individuals who were unable to attend and sent donations.

The 2010 U.S. Water Ski Team Trials got under way Saturday at Pleasant Shores in Van Wert, Ohio. Athletes are competing for spots on the 2010 U.S. Junior Water Ski Team and the U.S. 17 to 20 Water Ski Team. The American Water Ski Association's International Activities Committee will select the respective teams after the conclusion of the team trials on Sunday.

A 72-year-old Calistoga inn owner was killed in a crash on Silverado Trail between St. Helena and Calistoga Wednesday morning.
At about 10 a.m., Scarlett Dwyer was pulling out from a private driveway in a 2005 Lexus ES350 onto Silverado Trail near Crystal Springs Road, according to the California Highway Patrol.
She failed to yield to Napa resident Fredy Alavado-Garcia, 27, who was driving a 1996 Ford F-350 south on the road at about 55 mph, the CHP said.
The Ford hit the Lexus broadside, crushing it.
Emergency responders had to extract Dwyer from the Lexus, the CHP said.
She was taken to St. Helena Hospital and passed away at 11:01 a.m.
Alvado-Garcia and two passengers in his truck, Jose Mera, 43, and Elmer Marques, all of Napa, were taken to Queen of the Valley Hospital with minor injuries.
The crash closed Silverado Trail for about an hour while crews cleared the wreckage, the CHP said.
Dwyer was the mother of three children and owner of Scarlet’s Country Inn on Silverado Trail, according to the Napa County Sheriff’s Office. 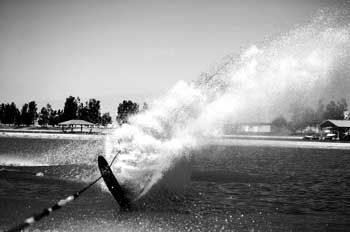 After almost a month of hacker created technical issues I am hopeful that things are settling down around here. Time will tell.

As of today:
The BOS forum is back on line. If hacker troubles continue the forum may go though the major changes. http://www.ballofspray.com/vanillaforum/

Dr. Jack at 80 from Ned Thanhouser on Vimeo. 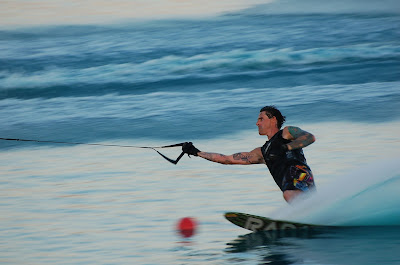 On behalf the Arvin Area Tournament Association (AATA) I want to thank Trent Finlayson for coaching at our annual Jr. Dev Clinic. The clinic was an unprecedented success.

BOS forum is temporarily off line while we work to recover from hacker attacks. It will be back online ASAP.
This hacker thing is a bummer but I have a team of people smarter than me working on it. BOS will be back to normal in time.
Crash by The Krista
Photo by Horton

GREG: HI BEN, HOW THE HECK ARE YA?

BEN:  Great, Just starting to ski again, after a long cold winter.  I took a bunch of time off to let my body rest and recover. I have been busy with work, kids, like everybody else.

GREG:  WHEN DO YOU USUALLY STOP SKIING AT THE END OF THE SEASON?

BEN:   Well, it depends and varies year to year. I try to get at least a month or two off, however this year, was unusual because my body was really beat up, and this winter was so cold. I figured I could take some time off during October and November and start skiing again in January or February, but the weather continued to be cold.  I was very busy with work, and didn’t start skiing  again until March or so.  I ended up with 6 months off without skiing a set.

GREG:  YOU ARE A TWO TIME BIG DAWG CHAMPION.
CONGRATULATIONS!  CAN YOU REFLECT ON THAT FOR US?

BEN:  I love the format of the Big Dawg Series. You have to ski well, get a bit lucky, and it’s a test of endurance as much as skill.  Winning the Big Dawg championship once was great, and I was excited, however, last year, was very special, because of the venue. The night skiing, the number of spectators really amped-up the whole atmosphere.  I consider it one of the best tournaments I have skied my entire career and I felt I skied as well as I could.  I executed my plan from start to finish…I wanted to leave nothing to chance. The 2009 Big Dawg finals at night combined with the number of spectators and the live webcast, elevated the Tournament to a new level.

Its official. Aaron Larkin has booked his flight and is on his way to CA. This should be a great opportunity to get the ski community back on its feet. The Strada has an amazing demo rate and we're guaranteed to sell some skis at these events. We'll offer special Demo pricing at the event to create even more action to buy.

Please be sure to take sign ups. Price is $1,000 per day, divided among the skiers. Our goal is to get 2 groups of 4, morning and afternoon, making it $125 each. We can take more or less depending on customers preference.

Schedule will go from 8:00am until 4:00pm and obviously will vary depending on uncontrolled weather and water condition variables

“Wow, unbelievable!” said an excited Chris Parrish. “I can’t believe it! I am stunned.” After gaining composure from the moment, he said, “The Ski Nautique 200, with its great pull and small flat wake, let my GOODE 9900SL take me to a new Personal Best and the World Record! Chad (Chad Scott, boat driver) was dialed in and in a zone! I still can’t believe it!”

When asked about the new GOODE BubbleBuoys that were being used at the tournament, Chris said, “It is such a comfort to know that if you hit a BubbleBuoy you have less of a chance of having an injury.”

Come Ski and Hang out with The Pros at Beautiful Champions Lake, at Bellerive Drive in Clermont
Sunday, June 20, 2010  - 9:00 a.m. to 5:30 p.m.
40 Minutes West of Orlando International Airport
Watch your favorite Pro ski from the Boat - Proceeds to Kiwi
Be Coached by your choice of Pro - for a donation to Kiwi

In the last few weeks BallOfSpray was under attack by hackers. The site was down for a number of days. I have changed hosting providers and hired a developer to tear everything apart and put it back together the way it should be.

BallOfSpray pays its bills with advertising so if you want to help, please consider Goode, Radar, O’Brien, Reflex, H2Osmosis or EZ-Slalom for your next equipment purchase. It also would not hurt if you told everyone you know about BallOfSpray.

Mark Schneewind just called to report that Chris Parrish set a pending world record of 2@43off!

Chad Scott was at the wheel and that is all I know. I am sure Dave Goode will have some video out soon.

Our Featured Coach is Trent Finlayson

There are a few spots left!