Seattle, WA (October 18, 2010) -- Great skiing, tremendous riding, team spirit, pro exhibitions, and fun are the primary descriptors of the 2010 INT US Championships. The INT League set forth last January to host a national event unlike any other amateur contest; they successfully achieved their goal with the support of national sponsors, volunteers, and INT coordinators.

The 12th annual US Championships hosted with the Mission Inn Resort was held October 13-16th at Sunset Lakes in Groveland, Florida, home of the Jack Travers Ski School. The setting was perfect: two private ski lakes and exceptional weather provided phenomenal conditions for riders and skiers to post personal-best scores. State teams decorated their tents, wore team t-shirts and cheered on their teammates from the center aisle of the lakes where they had a perfect view of the slalom and wakeboard lake.

We're really excited about the international expansion of the Nautique Big Dawg Series.

If the International Waterski & Wakeboard Federation’s Technical Committee approves either performance, Jaquess will become the sole owner of the women's world slalom record. Jaquess (7/30/2009), U.S. athlete Kristi Overton-Johnson (9/14/1996) and Australia's Karina Nowlan (9/21/2008) currently share the world record with a score of 1 buoy at 41 feet off.

Lu Vickers lucked into perfect timing. About three years ago, Vickers had the idea of writing a book on the history of Cypress Gardens. She couldn't have known that by the time the book was published, Cypress Gardens itself would be history.

"Cypress Gardens, America's Tropical Wonderland: How Dick Pope Invented Florida," has just been published by the University Press of Florida. The book appears at a moment of transition for the Winter Haven attraction, one of Florida's original theme parks.

Cypress Gardens closed in September 2009, and four months later Merlin Entertainments Group announced it had bought the 150-acre property with plans to transform it into Legoland Florida, scheduled to open next fall.

"I'm just glad I caught a slice of history before it's completely changed," said Vickers, a professor at Tallahassee Community College.

Vickers described the book as partly a biography of Cypress Gardens founder Dick Pope Sr. and partly a history of Florida as seen through the rise and decline of the park. Pope and his wife, Julie, began staging water-ski shows on Lake Eloise in the 1930s and eventually expanded that entertainment into an internationally known attraction famed for its Florida-shaped swimming pool, acres of plants and hoop-skirted hostesses.

The 376-page, hardcover book includes more than 250 photos, many of them from the Cypress Gardens archives.

The University of Louisiana-Lafayette water ski team won the Division 1 national title at the 32nd Collegiate Water Ski National Championships, Oct. Oct. 14-16, at the Austin Aquaplex in Buda, Texas. The Ragin' Cajuns tallied 12,460 points in winning their fifth title in the history of the event. Louisiana-Monroe, which was seeking to win its fifth consecutive and 23rd overall title, finished second, scoring 12,050 points.

Hosted by the University of Texas and the National Collegiate Water Ski Association, the competition included 12 teams in Division 1 and 10 teams in Division 2. National team champions were declared in both divisions. Individual medals for slalom, tricks and jumping were awarded based on athletes' placements within their division. Overall titles were awarded in each division to athletes competing in all three events.

SURE, Lauryn Eagle cuts an impressive figure. Even behind the mouthguard, the 22-year-old beauty queen and world-waterski-champion-turned-boxer can still pull off a killer smile.

But the smile doesn't show the pain . . . the aching jaw . . . the throbbing nose . . . and the agonising screech that introduces every punch.

And the smile certainly doesn't show her desire – and courage as she stands toe-to-toe with sparring partner and former world IBF champion Lovemore Ndou in preparation for her second career fight in Sydney next Sunday.

Near and Far with The Friday Flyer: Northwest water ski trip

Canyon Lake water skier Al Van Beenen, 75, at right, was in Oregon and Washington recently to visit family members and to compete in the Warman Lake Grand Finale water ski tournament in Vancouver, Washington.
He visited son, Larry, and daughter, Penny, and their families in Springfield, Oregon. Larry later drove him to West Linn, a suburb of Portland, to visit Al’s grandson, David, and his family. During their time there, a four-generation picture was taken with Al’s great-granddaughter, Sabrina, holding The Friday Flyer. That weekend, Al participated in the water ski tournament at Warman Lake, where he holds the slalom water ski record for his age group. Everyone credited Al for bringing that day’s comfortable weather with him to Washington.

No coach? No problem.

The Ohio State Water Ski Team took the Austin Aquaplex in Buda, Texas, by storm last week, winning the Division 2 National Team Championship in its first appearance at the tournament in 29 years - all without guidance from a professional coach.

"It was just an unbelievable feeling," said Derek McLachlan, a fourth-year in mechanical engineering and president of the team. "We all went crazy."

In the tournament, Thursday through Saturday, OSU earned 7,245 points, leaving the University of Texas in second place with 7,075 points. Individuals competed in three events: slalom, jumping and tricking. Points are given to teams based on how many opponents they beat in an individual event.

WINTER HAVEN - There still will be water-skiing shows. But most everything else at the former Cypress Gardens Adventure Park in Winter Haven is slated for demolition or renovation to become Legoland Florida, a 145-acre park with more than 50 rides and shows for ages 2 to 12.

This week, Legoland officials offered a sneak preview of the park, though much of the space remains a construction site. Among the new items:•A restaurant featuring Granny's Fries, a signature item at Legoland parks: slices of tart apples, deep fried and served hot with dipping sauces.•Lots of Legos, including a factory, where kids can watch how automated machines punch out the interlocking blocks and stubby action figures.•Several historical items will remain in some form, including the iconic Florida water-ski show, botanical gardens and some rides, although new rides will be geared more to younger kids than to fans of ultrafast coasters.

At Dayton, we are blessed with the opportunity to participate in a large variety of club sports; however, the best is the UD Club Waterski team. The club sports offered here range from basketball to crew, from lacrosse to rugby. But those don't even compare to the awesome adventure that is the UD Waterski team.

So many aspects of this team set it apart. The fact it is a non-gender or height specific sport in the first place makes it unique. Also, it is among the cheapest club sports to join, making it more attractive than many sports. But the team is so much more than that.

The members of the team make everything so easy. I joined the club back in the beginning of the semester, thinking that because I wasn't that great of a skier, I was going to have to really improve or risk not making the team. That rationale was absolutely false. While everyone on the team strives toward competing at the highest skill level possible, it isn't a requirement to be the best of the best.

GODFREY - On recent Saturday mornings, water skiers zipping up and down the Mississippi River have caught the attention of people driving along the Great River Road.

Drawn by the spectacle of jumps and tricks, cars have been pulling over to see the skiers from the Alton Water Ski Club perform near their dock and clubhouse, located at 4708 Clifton Terrace Road in Godfrey.

"The club started doing shows more than 50 years ago, but we've taken a break for the last 10 years," said Norm Rhea, club vice president. "We've used this whole summer to get ready for putting on shows next year. We have new members, new talent and new energy."

Part of this new commitment can be witnessed through their bright red ski jump, which can be seen floating on the river. Members use it to practice on Saturday mornings, as well as on Monday and Wednesday evenings.

BallOfSpray International Tour was a success. 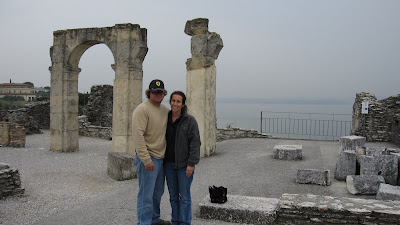 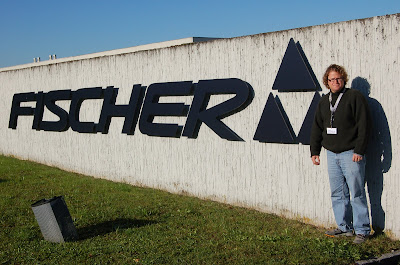 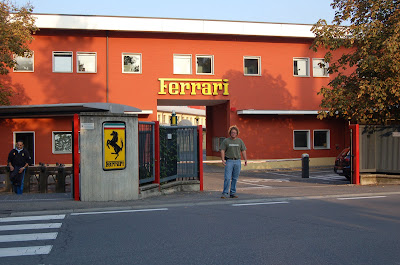 BallOfSpray management is on vacation until Oct 25.

Please stay out of trouble until we get back.

The Seventh Annual Rocketman Water Ski Jump Tournament hosted by Scot Ellis of Auburndale and Fluid Ski is scheduled to begin at dark Saturday, making it the first ever night water ski tournament in Florida.

Ellis, who lives in Auburndale, puts his credentials on the line in the event. He is a nine-time world record holder with more than 25 pro tournament victories on his resume.

According to Ellis, this is the first time in Florida a water ski tournament has been held at night. Night tournaments have been held in other states.

“It’s just taken off in the United States,” Ellis said.

Did you know that the sport of water skiing traces its roots back to 1922 when Ralph Samuelson first strapped on a pair of homemade skis? That was almost 90 years ago. Since 1968 the American Water Ski Educational Foundation, AWSEF, has been in existence with its mission to preserve, collect, and exhibit various elements of the sport for the purposes of research, education, and inspiration at it’s headquarters in Florida.

Specifically AWSEF
AWSEF is currently conducting a special fundraising raffle offering a grand prize of $10,000. Other tickets drawn can possibly win cash from $50 up to $1000. Only 1000 tickets have been printed for the drawing which will be held on Friday November 12, 2010 at the Water Ski Hall of Fame in Polk City, Florida. Tickets can be purchased for $100 each and a form below.

Skiing 4.67 balls above her 2010 USAWA Average, Bailey crushed us all.

Special Thanks to EZ Fin Tool

Project to get waterskiing back on TV - WE NEED YOUR VOTE

The poor economy has impacted youth sports; sending many kids to the streets with nothing to do. Statistics indicate kids involved in afterschool activities have a greater chance of success in life. Childhood obesity is on the rise. Many sports have suffered losses in sponsorship and TV exposure especially niche sports and junior tours; directly impacting the number of kids exposed to sports.

Youth Sports Revolution will use media and internet to showcase kids in sports, developing a show, “Road To The Top”, about what it takes to be the best. What was life like before Michael won 8 Gold medals?  How do they balance life, school, training with just being kids.  Four stars will show us how to play basketball, surf,  waterski and golf to greatness. An interactive website will showcase young athletes giving other kids a chance to vote them on the show.

Proceeds will provide opportunities for kids in sports.