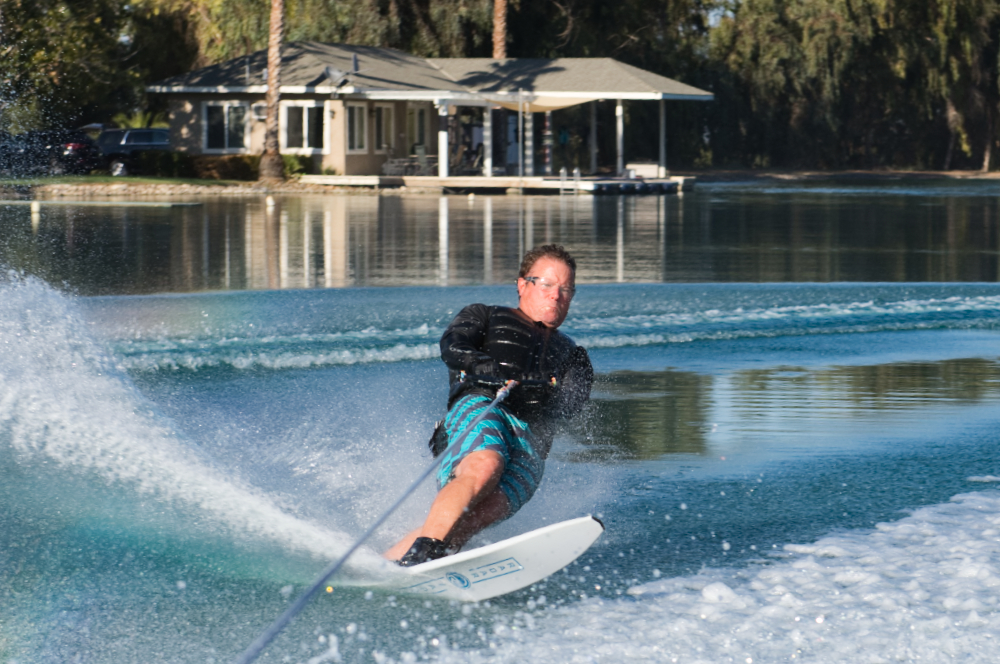 In 2014 Radar introduced the Vapor. Every year since then Chris Rossi and his team of elite skiers have refined, iterated, and refined further in search of perfection. The 2023 Vapor is arguably the most sublime Vapor yet.

The Radar Vapor provides an improbable combination of speed and grip. Traditionally ski designers are forced to trade grip for speed or the other way around. The Vapor is extremely fast and casts the skier far out in front of the ball. At the same time, the ski gives the skier a secure connection to the water and absolutely dependable turns.

From the ball to the wakes the Vapor generates as much or more speed and angle as any ski ever.  For optimal results, skiers should simply ride the line from side to side without adding load. If the skier increases their lean approaching the wakes the ski will pull further away from the boat creating additional speed and load. 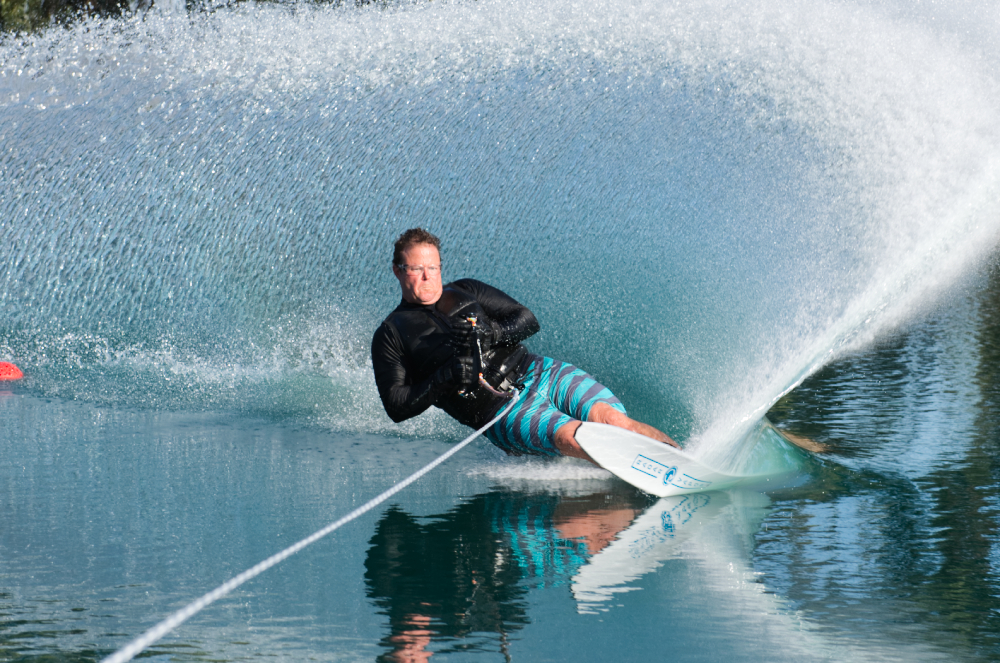 Through the wakes, the Vapor requires relatively less physical strength than most skis. Reducing the typical amount of work needed at the centerline allows the skier to flow away from the wakes with additional control. This speed also creates additional time and space in front of the next ball.

Approaching the ball, the Vapor’s roll stability is predictable and comfortable. The ski is also tolerant to various amounts of movement fore and aft.

It is generally expected that a very fast ski will not provide a large margin of error at the ball but the Vapor does just that. When things get frantic the skier can drive forward and make the ski change direction on a dime but the ski will happily rotate with the skier's weight distribution more neutral.  The skier only needs to roll the ski to the inside and the ski will flow under the line. Turns on both sides are practically automatic and they finish with a sharp carving arc.

Settings used for this review minimized tail slide and emphasized the ski’s carving nature. The ski builds additional angle as it moves towards the wakes so a faster / shaper rotation at the ball is unnecessary and perhaps counterproductive. 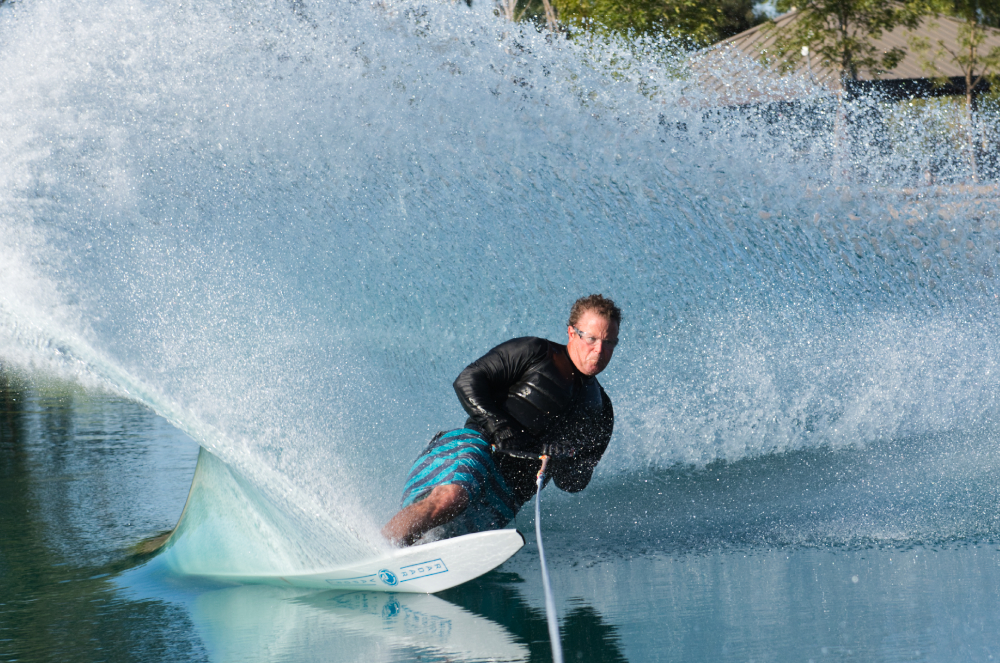 Because this ski is so fast across the course and always gets wide, it would be easy for a skier to lose focus on their connection to the boat. A skier’s focus on connection after the second wake improves the turns & flow of the Vapor considerably.  The above review is based on how the ski performed when my primary focus was keeping the line tight as far past edge change as possible. The ski was not “bad” when I was less disciplined with the handle but it was noticeably better when I was more disciplined.

Some skis that are designed for very short lines are also good for mid & lower-range skiers and some are not. The attributes that make the Vapor so good when the rope is very short also make it a great choice for skiers who ski longer lines and slower speeds. Skiers at any skill range need more angle and speed without instability. That is the 2023 Radar Vapor in a nutshell. 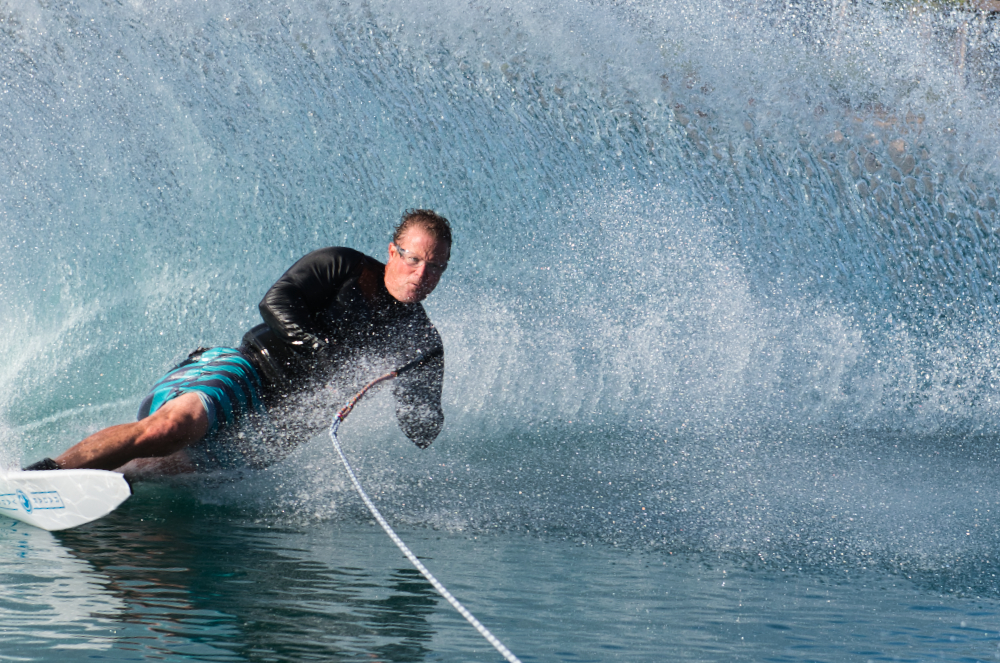