Chris Parrish is synonymous with slalom ski excellence. For those who have seen him ski, his powerful yet fluid position is something to try and emulate. His 6’5” frame gained him the nickname “The Tower” that has followed Chris through his career. CP counts 3 World slalom Records, 5 Moomba Masters Titles, 2 US Open Titles, 2 US Masters Titles and many more titles and records as his major ski accomplishments. For those who have met him though, intimidating is not at all the correct word to describe Chris Parrish. He’s lighthearted, fun loving & funny. Devastated by major neck injuries and the loss of Andy Mapple in 2014, Chris stepped away from the pro ski scene for a while. After a few years away and surgeries to repair his injuries, Chris is back. Although still competitive on the pro tour, CP now relishes his time skiing with friends and students and especially his time training at his stomping grounds on Lake Pickett with his lifelong ski buddy, his dad.

Chris’s now looks for a ski that provides more balance, speed, and efficiency to supplement his extra-large stature to make things easier and less taxing on his body. Now in its 2nd generation(Mark II), with Chris’s feedback we’ve further developed the rocker, bevels, and width properties of the Omega Max.

Now offered in 65”, 66”, 67” * 68” sizes and 2 builds(Syndicate Construction & Carbon Construction), this wider variant of the Omega program provides the acceleration from turn to wakes allowing for the early, tight line skiing skiers’ dream of.

Elisha Nelson got dialed in on Women’s Carbon Omega Max quickly, taking one of the first skis out of the mold and setting a new A2 world record of 1.5@32mph at the California Pro-Am.

Chris Parrish has returned to the pro scene in pro form. He ran 2@41’off at 36mph in the Hilltop Pro-Am, demonstrating that the Omega Max Mark II is not only great at slower speeds like 28-32mph, it rips at 34 & 36mph too!

Now live on the 2022 HOSports.com website and hitting stores soon, learn more about the Omega Max program, find out why it may be right for you to elevate your own skiing! 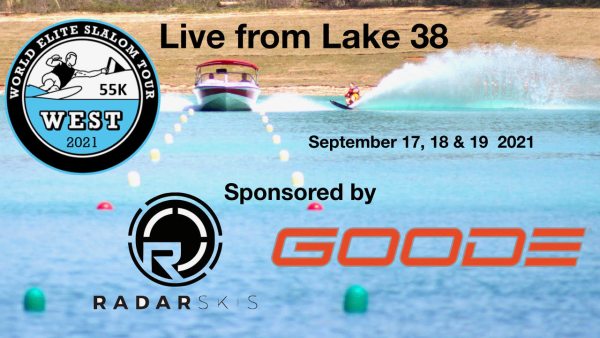 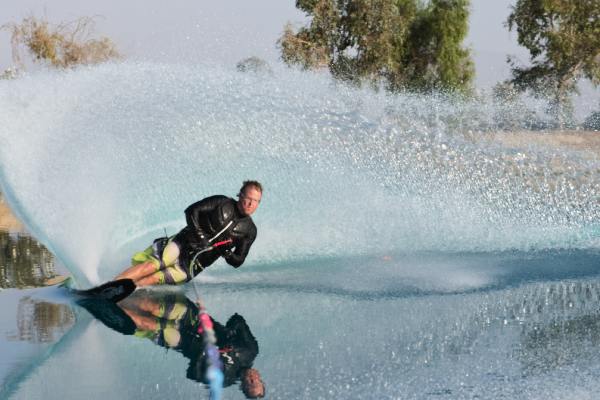 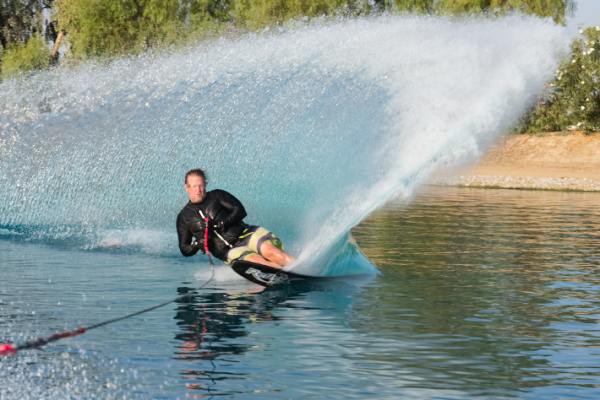 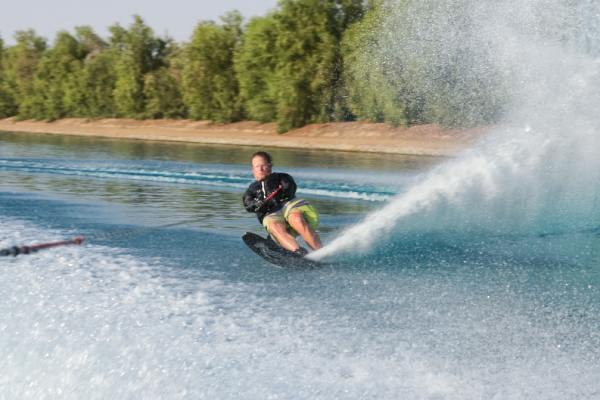 BRIAN DETRICK: Makes Waterski History As 12th Person In The World To Run 41off/10.25m In Competition

The Syndicate Omega Mark II builds upon the intuitive, get-in-position and let-the-ski-do-the-work-for-you philosophy of the original. Updated with increased surface area under the back foot, this 2nd generation Omega has the lift needed to accelerate skiers out-of-the-hole and win the race to the first wake.

The Omega’s design philosophy remains the same, but after 2 years of taking the Omega to limit on the world’s most prestigious and challenging sites, the Syndicate team has elevated the Omega Mark II to the next level.

The Omega Mark II ski shape employs a medium width profile with a narrow tail. This allows the ski to roll onto and stay on edge easier. It’s tail is rounded which allows the tail to sit deeper at the finish of the turn for increased hold. The Omega’s base retains a Low Volume Concave. Compared to other Syndicate models, this allows the Omega to maintain skier speed more easily for improved efficiency and less skier effort required. For 2022, the Omega has an improved 4-stage rockerline. The true flat spot located under the skiers front foot allows the ski to move through the wakes and outbound better than any Syndicate ski to date. An additional flat spot in the tail provides more support and helps keep the tip down through the finish of the turn.

Take on your PB with the 2022 Syndicate Omega, available soon…

Mid-season stoke is high but at this stage in the year little tweaks here and there are part of the game. Learn how to not only handle but overcome any nagging pains that you may be facing. 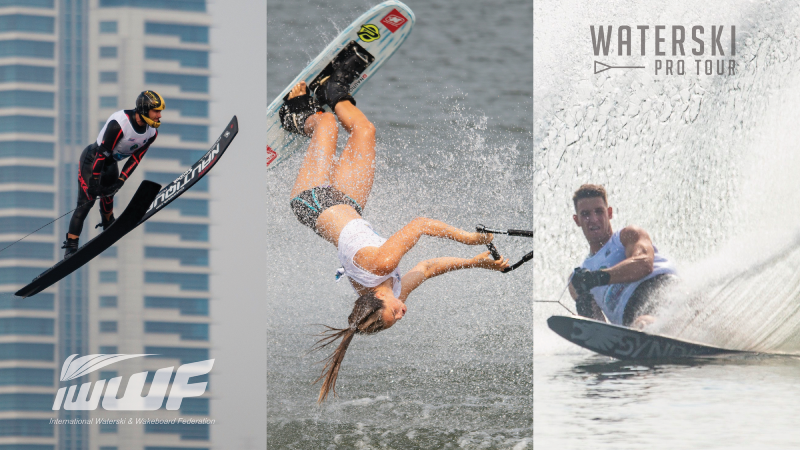 International Waterski and Wakeboard Federation (IWWF) and Waterski Pro Tour are pleased to announce their new relationship as they unite to promote professional waterskiing.

Earlier this year the IWWF replaced the Elite Point structure that had governed professional waterskiing with an improved competitive framework developed by Waterski Pro Tour. In doing so, a unified, global tour of all IWWF-sanctioned professional waterski events was created. This tour brings together both the historic, tentpole events with the new and emerging under one banner in an effort to further capture the imagination of the growing pro waterskiing audience.

IWWF and Waterski Pro Tour have now taken the further step of officially partnering. This reflects their common goal of promoting awareness of, and engagement with, professional waterskiing globally.

Under the partnership IWWF will remain the regulators and decision-makers of the technical aspects of pro waterskiing. The Waterski Pro Tour will market pro waterskiing, foster corporate relationships and support existing and emerging pro waterski events.

“I remember the excitement of the Café de Colombia Waterski World Cup and Coors Light Waterski Tour and enjoyed watching ski legends battle each other for the gold.  Today, we start a new chapter in professional waterskiing that will take our sport back into the public’s view for the new generation to enjoy.”  – Jose Antonio Perez Priego, IWWF President

"I am very excited to see the IWWF and Waterski Pro Tour work hand in hand to give pro waterskiing the visibility it deserves. We are looking forward to taking the many opportunities to grow the sport we are all so passionate about." - Manon Costard, Waterski Pro Tour co-founder, IWWF Athlete Rep and current women's slalom World Champion

Made in the USA, the Carbon V features Skelecore, our advanced core shaping technique that reduces overall core mass, allowing the fibers of the ski to react quicker and more naturally. The V is incredibly responsive and nimble ski features a hybrid tip and V-Tech to optimize the ski connection with the water. Also made in the USA, the V features the same advanced slalom geometries and base features but with a closed cell polyurethane core. For 2022 we added VersaTail to the V and Carbon V giving skiers the ability to alter the geometry and fine tune the ski to their preferences. Both skis will include the stock, square, round tail blocks.